Sladjana Jelic has been the Deputy President of the Executive Board and CRO (Chief Risk Officer) of Komercijalna banka AD Beograd since May 2016. She started her career in 1995 in Jugobanka AD and continued her professional development in Banca Intesa (former Delta banka) in 1998 in the Treasury Division. In 2004 she became Director of the SME Division, until 2010 when she was appointed Deputy Director of the Corporate Division. In September 2012 she was appointed Chief Risk Officer, a position she occupied until the Risk Management Division was established, when she became member of the Executive Board of Banca Intesa. Between June 2014 and February 2016 she was a member of the Executive Board and the Director of the Corporate and SME Division in Banca Intesa.

Apart from being the Deputy President of the Executive Board of Komercijalna banka AD Beograd, she is also the Chairperson of the Large Credit Committee, as well as member of ALCO.

She has considerable experience in implementing new organisational models and improving portfolio quality and structure, as well as in implementing the NPL prevention and management strategies.

She was a member of the Board of Directors of Intesa Leasing Beograd and member of several committees at the Association of Serbian Banks, NALED (The National Alliance for Local Economic Development) and SAM (The Serbian Association of Managers).
She graduated from the Faculty of Economics at the University of Belgrade with a degree in Economics, specialising in finance, banking and insurance. 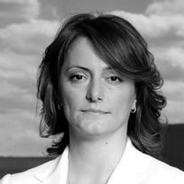